Female Genital Mutilation: Separating the Myth from the Matter 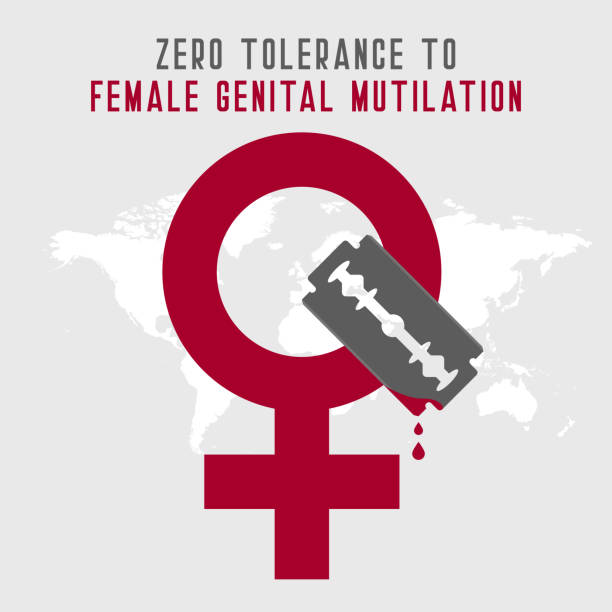 It’s one of the lower rates in Sub-Saharan Africa but due to Nigeria’s large population, Nigeria has the third highest absolute number of women and girls (19.9 million) who have undergone FGM worldwide.

The World Health organization defines Female Genital Mutilation, colloquially known as FGM: a composition of all procedures that involve partial or total removal of the external female genitalia, or other injury to the female genital organs for non-medical reasons. But in Nigeria, people call it culture and there are four types –

Type 1: This is the partial or total removal of the clitoris and in very rare cases, only the prepuce (the fold of skin surrounding the clitoris).

Type 3: This is the narrowing of the vaginal opening through the creation of a covering seal. The seal is formed by cutting and repositioning the labia minora, or labia majora, sometimes through stitching, with or without removal of the clitoris.

Type 4: This includes all other harmful procedures to the female genitalia for non-medical purposes, this includes: pricking, piercing, incising, scraping and cauterizing the genital area.

But why is such a painful, outdated practice with no scientific basis still practiced in this modern era? It’s a question that baffles even experts as FGM is widespread with no religious affiliation and it’s surprisingly more common amongst the elites.

According to the 2013 National Demographic Survey, female circumcision is prevalent among Yoruba women with 55%, followed by Igbo women with 45%. Of all the majority tribes in Nigeria, Yoruba, Hausa, Fulani, Igbo, Ijaw, and Kanuri, only the Fulani do not practice it. Equally, disproportionately higher populations of women who have undergone FGM are in the Southern part of country: Osun has the highest prevalence of circumcised women (76.6%), followed by Ebonyi (74.2%) and Ekiti (72.3%). It’s no better with urbanization: 32% of urban women are circumcised compared to 19.3% of rural women.

The explanation seems to be cultural preservation and misinformation. Common misconceptions around FGM are: the presence of the clitoris will result in promiscuity, female sex organs will cause future health problems, female genital mutilation will increase fertility and child survival rate and female genital mutilation will increase male sexual pleasure. This is all false.

Women are as capable of staving off their urges as men are and no complications can develop with female natural sex organs as a result of a lack of FGM. The belief that FGM will increase fertility and sexual pleasure is fallacious, it does the exact opposite. Chronic vaginal and pelvic infections can lead to infertility. With type three mutilations, the closing of the vaginal passage can delay progress in the second stage of labour and lead to fetal hypoxia and/or stillbirth. Childbirth trauma – perinea or vaginal tear during delivery, are common with type three and four procedures and could lead to severe infections.

Equally, the clitoris’s function other than pleasure is also to stimulate lubrication from glands within the vaginal passage. If the clitoris is damaged or removed, lubrication will be significantly reduced resulting in dryness, painful intercourse for women and reduced sexual pleasure for both parties.

FGM is an irreversible, agonizing ordeal with no health benefits and series of complications. Female genital mutilation can kill. Haemorrhage, shock, infection, urinary retention, ulcers, abscesses and scar neuroma are some of the short term effects. While the long term effects include HIV/AIDS, scar neuroma, pain during intercourse, pelvic infection, epidermoid cysts, blood borne viruses and neuromata. The psychological scarring is just as bad as the physical scarring. Victims of FGM can develop Post Traumatic Stress Disorder (PTSD), low self-esteem, a psychological denial of sexuality, genital phobia and anxiety and depression.

While President Goodluck Jonathan signed a decree to illegalize FGM in 2015, it’s poorly enforced. Amnesty predicting a population explosion in 2030 the numbers of those affected by FGM in Nigeria is expected to remain unchanged.

FGM is a cultural disease that has been in Nigeria for centuries, but there are new ways to fight it. NGOs such as The Girl Generation and Born Perfect are spreading information through schools and hospitals on FGM and its effects.

culled from The Guardian