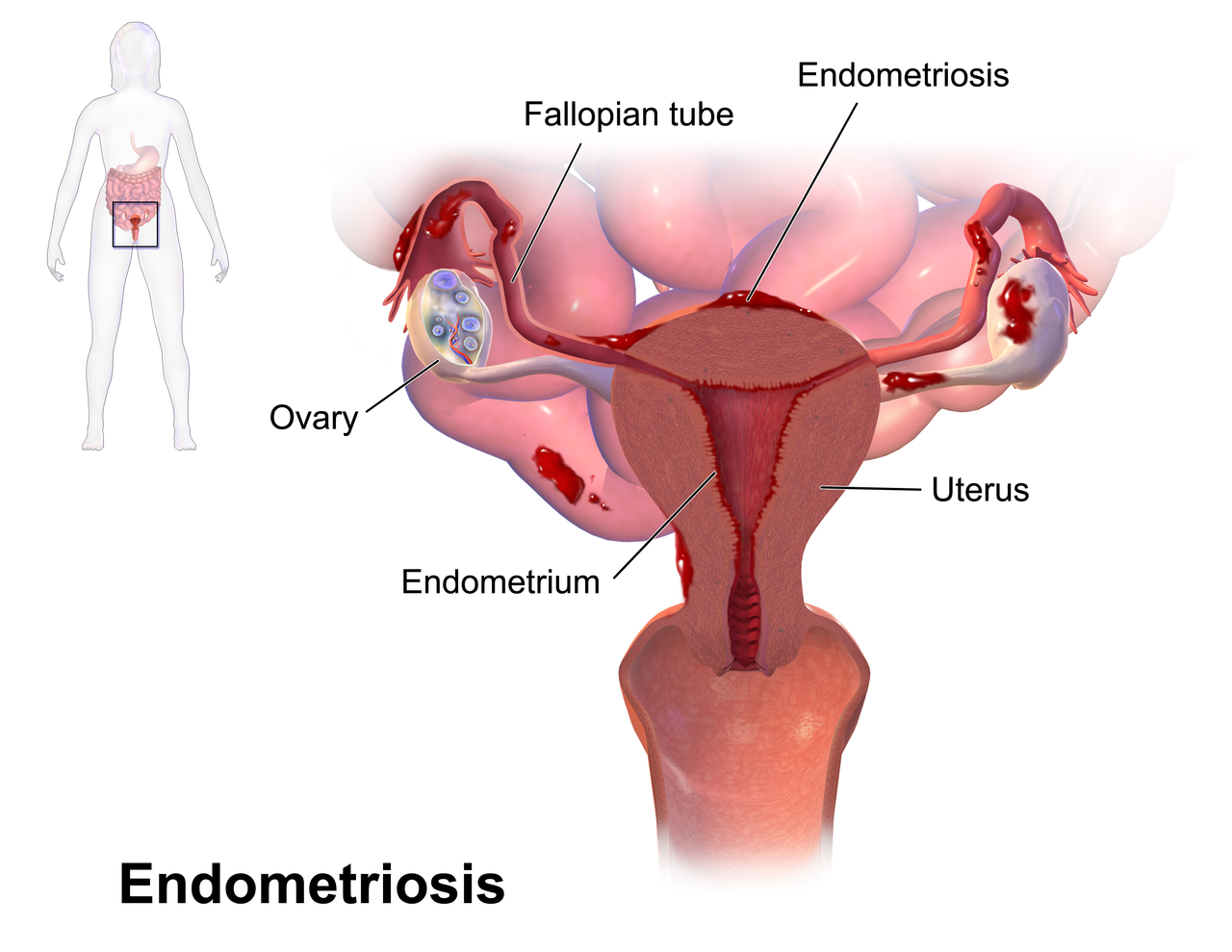 Endometriosis is a disorder in which the endometrial tissue and gland is found outside the normal endometrial lining of the uterus. This tissue acts like its parent tissue – it bleeds with each menstrual cycle. Wherever the displaced tissue becomes trapped, there is usually a collection of menstrual fluid because there is no outlet for the fluid. It is estimated that one in ten women will experience endometriosis in their reproductive years. The severity of the experience of endometriosis will vary from one woman to the other.

The symptoms of endometriosis include painful periods, painful ovulation, pain during or after sexual intercourse, heavy bleeding, chronic pelvic pain, fatigue, and infertility.

Endometriosis is commonly found in pelvic structures such as the ovary, uterine ligaments, pelvic peritoneum, cervix, labia, and vagina. However, in some instances, it metastasizes to distant organs like the lungs(thoracic endometriosis) and the brain where it also bleeds concurrently with the normal menstrual flow. If present in the pleural surface of the lung, it will lead to catamenial pneumothorax (blood within the pleural surfaces). This can lead to collapse of the lungs and chronic lung impairment. Should endometriosis occur in the brain,seizures during menstrual periods can occur. This is because the bleed serves as an epileptic focus in the brain.

A patient with a history of endometriosis consulted with our gynecologist recently with complaints of chronic pelvic pain and worsening difficulty in breathing during her menstrual flow. The condition was accurately diagnosed as thoracic endometriosis and a thoracostomy was done to drain the blood from the chest cavity. After the procedure, the patient’s symptoms were resolved and the patient was able to go home and recuperate for the final surgery to take out the thoracic endometriosis.