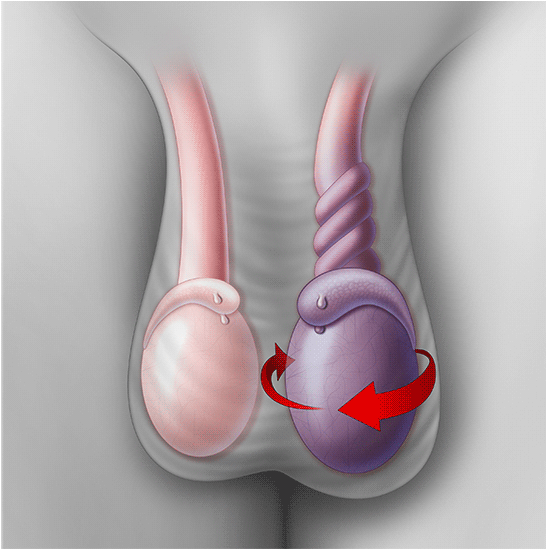 We have seen many young men in Kelina Hospital who have lost their testis as a result of torsion. In some cases, both testes are lost, and they can never possibly have any child in their lives. This happens because they were presented to the wrong hospital or chose to buy medicines on their own without knowing what is responsible for their problems.

Testicular torsion occurs when the spermatic cord twists, cutting off blood supply to the testis.

A young man was presented in our hospital complaining of pain in the right scrotum which started while he was doing early morning exercise. According to his family, he noticed the pain and swelling of his testis after jogging that morning and notified his parents and he was rushed straight to the hospital. The Urologist examined him and booked him for emergency surgery. In this young man’s case, we can say that he is very lucky to have been rushed straight to the hospital to see a specialist. We have seen similar cases where by the time the patients were brought to see a specialist, the testis was already black and dead.

Pain and swelling of the scrotal sac are usually the main symptoms of testicular torsion. Most people, in general, do not understand the difference between testicular torsion and infection, and when they have pain, they assume it is due to infection and they start themselves on analgesics and antibiotics.

Torsion could occur while people are asleep. Torsion tends to occur early in the morning when testosterone levels are at their peak, and the cremasteric reflex is strongest. Occasionally, a tumor or prior trauma may be present and risk factor includes a congenital malformation known as a “bell-clapper deformity” wherein the testis is attached to the epididymis vertically instead of longitudinally allowing it to move freely and thus potentially twist. Cold temperatures may also be a risk factor.

Torsion of the testes is a medical emergency, but many adolescent males are hesitant to say they are having pains on their testes or seek treatment right away. You should never ignore sharp testicular pain.

It’s possible for some men to experience what is known as intermittent torsion. This causes a man to have a testicle twist and untwist. Due to the fact that the condition is likely to recur, it is important to seek treatment, even if the pain becomes sharp and then subsides.

Surgical repair is usually required to treat testicular torsion.
Surgery is performed as quickly as possible to restore blood flow to the testicles. If blood flow is cut off for more than six hours, the testis would turn black and die. The affected testicle would then need to be removed. Even if it is not removed, it will gradually reduce in size until it disappears.
Surgical detorsion is performed under anesthesia. Your doctor will make a small incision on your scrotum and untwist the cord. Tiny sutures will be used to keep the testicle in place in the scrotum. This prevents rotation from occurring again. The surgeon then closes the incision with stitches.
Most men treated for testicular torsion within six hours of the onset of pain don’t ultimately require removal of the testis. However, the majority of men do require surgical removal of the testis if treatment is delivered late after the pain starts. Removal of a testis (orchidectomy) can affect hormone production in infants. If your body begins to make anti-sperm antibodies because of torsion, this can also lower sperm motility even if the other testis is healthy and continues to produce normal sperm cells.
Surgery is always done on both sides because the other side will equally undergo torsion one day.

In another case, a young University Student who had pain in the scrotum presented at our hospital. The mother took him to a family doctor who was not a specialist. He did not recognize that this was torsion. He placed the patient on antibiotic medicines for pain. Three months later, the testis started going down in size until it disappeared completely. The next year, he had a similar experience in the remaining tests. The mother took him to the same hospital and the same treatment was repeated. Two weeks later, they decided to see a Urologist, who informed them that this was torsion. He was later taken to the theatre. But the testis was black and dead. Both testes were gone and therefore he will never have children all his life.

This was the story of another young University Student from Cyprus. He went to a hospital in Cyprus when the pain started. Unfortunately, the doctors over there did not recognize this problem either. One month later, he had pain in the other testis. This equally was not recognized as torsion. He lost both testes. He currently has symptoms of low testosterone, such as loss of libido, energy, and erection. He will never have children.

You should seek emergency medical attention if you suspect that you or your children are experiencing testicular torsion to avoid these possible complications. Surgery is a highly effective treatment for testicular torsion if the condition is caught early.